The rise in value, as well as its fall, are based on the unshakable laws of economics, based on such well-known concepts as supply and demand. In the cryptocurrency and market, all the same rules apply as in other financial markets, pushing the cryptocurrency rate up when there are more buyers (bulls) in the market, or when there are more willing to sell (bears) than willing to buy, then the pushing occurs from top to bottom. 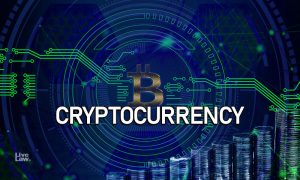 Factors of demand for cryptocurrency

But, nevertheless, if we approach this issue more consciously, delving into its essence, we can highlight several key factors that determine the demand for cryptocurrency assets. Rumors – there is a proverb on the stock exchange: “buy on rumors, sell on facts.” This means that as soon as a fresh piece of information comes to the market, indicating that an event has happened or is planned that contributes to the growth of interest in a particular cryptocurrency (fork, signing a contract with a large retail network or corporation, listing on a large crypto exchange ), its price starts to rise rapidly.

New technology – when buying a cryptocurrency, the smartest investors are not investing in the brand, developer personality or marketing, they are investing their money in Blockchain technology and related service (for example, smart contracts or confidential payments), which allows realizing the potential of the technology in the real sector of the economy. And, of course, the cryptocurrency, which was the first to occupy a certain niche in the market, is in favor of investors, gaining more and more capital as interest in the technology behind it grows. Speculative interest – you can often see that as soon as a new “coin” appears on the cryptocurrency market, it attracts many investors seeking to capitalize on a sharp rise in its rate.

As a rule, this growth is very short-lived and in most cases ends with the same rapid exit from the top twenty, as well as getting into it during a trading impulse. This process is very logical and straightforward. Indeed, at the moment when the cryptocurrency costs less than a dollar, investors begin to buy it, investing hundreds and thousands of dollars, keeping the deal open exactly until the price reaches the equilibrium point of the supply and demand graph, which is accompanied by a very noticeable decrease in trading volume.

Hope for the future – promising and innovative – those qualities that are inherent in cryptocurrencies today to the same extent as they were inherent in railway companies in the late eighteenth and early nineteenth centuries, attracting more and more investors. As we can see, not all railroad stocks have managed to reach the top of Wall Street, and even fewer have survived to this day.

However, those lucky ones who invested in Union Pacific Railroad, Pennsylvania Railroad and New York Central Railroad were able to make fortunes by buying their shares for a couple of dollars even then, when a handful of enthusiasts believed in the future of steam traction. A similar situation is observed today with cryptocurrency, which, thanks to Blockchain technology, has become as revolutionary for the world of finance as the railroad was more than two hundred years ago.

However, do not forget that, in addition to the fact that the price of a cryptocurrency is growing, it undergoes correction from time to time under the influence of the actions of the bulk of traders who trade on cryptocurrency exchanges.

Profit taking is one of the main reasons why traders who bought cryptocurrency at a lower price (according to rumors) sell all or part of it in order to take profits at the moment when the power of hearing starts to wane. Negative news – as soon as negative news arrives on the market, the influence of which can call into question the further development or functioning of the crypto market or a certain cryptocurrency, at this moment large players are the first to set the tone for the market, trying to get rid of an unsafe asset, starting to offer it at the highest possible price , gradually decreasing its cost and increasing the sales volume more and more. Their goal is to protect their capital and exit a potentially risky transaction with as little loss as possible.

Decrease in trading activity – major international and national holidays have a particular impact on the market situation. After all, crypto traders are people too, and with the onset of holidays they leave trading platforms without participating in trading, which significantly reduces activity, and with it the demand for cryptocurrency.

During such periods, the exchange rate, as a rule, depreciates, since speculators and large investors withdraw most of their capital from the market in order not to expose it to risks associated with a sudden market crash or government exposure to the market, as well as other trading risks. In general, if we take a look at the chart of the main cryptocurrency assets that set tone to the rest of the market, such as: Bitcoin, Ethereum, Bitcoin Cash, Dash, Ripple, etc., we will be able to notice that the main trend remains in a positive, upward direction. This is primarily due to the fact that today the cryptocurrency market is still in its infancy, which is invariably associated with growth, while always associated with risk.