Every trader or investor who comes to the cryptocurrency market seeks to get the maximum possible profit from invested funds and trading and investment operations. But it often happens that many traders and investors exit the deal earlier than the situation requires, and lose part of the profit, or, as they say, do not take profit on time, as a result, watching how it gradually becomes less and less at the time of the transition the market in a state of correction or trend reversal. 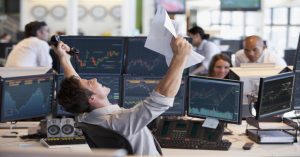 There is a goal, there will be a result

In order not to find yourself in a similar situation and not to let the profit out of your hands, it is important to determine in time the benchmarks that allow you to know exactly the price levels at which you will be ready to exit the deal, both in the case of negative and favorable developments. To do this, it is extremely important to follow one of the fundamental principles of concluding exchange deals – always calculate a deal before its conclusion, defining two most important levels, such as: Stop loss and Take profit. By doing this, you will not only know how much you will earn, but will also be able to effectively manage risks, as well as clearly see how advisable it is to conclude each individual trading operation.

How to determine the references correctly

Both the stock market and the cryptocurrency market use key support and resistance levels to correctly determine price targets. If you enter into a deal to buy cryptocurrency, then the place below which Stop loss should be set will be the closest support level. After all, if the price returns to it and continues to fall further, it means that the market has changed direction and the price will continue to move down, which in case of further holding the position will only lead to an increase in losses.

Whereas the take profit target is recommended to be set at the mark that determines the nearest resistance level or close to it. Because it is far from certain that the price will continue to rise above the key level. Compliance with these simple rules will allow you to always take profits on time, protecting your deposit from unnecessary risks.

This is precisely the reason that the cryptocurrency market has become the record holder for setting price historical highs, just like it was in the Hi-Tech market. And as for the topic of this article, each overcoming of the historical maximum always poses a new question for traders: “where to go next?” After all, when we have reference points determined by the levels of support and resistance, everything is generally clear. However, when uncertainty and an open horizon lie ahead, how to determine the Take profit level? But luckily for us, technical analysis takes everything into account!

As you know, movements in any market are cyclical and are accompanied by periods of growth and subsequent fall in prices, which, in fact, determines the peculiar price ranges, which are most easily seen on a price chart with a time interval of one day. It is these price ranges that serve as the first reference points for traders to determine the further perspective of price movement after overcoming the historical price maximum. All that is needed for this is simply to determine the width of the range between the support and resistance levels formed during the development of the trading impulse, then project its width onto the chart, which will become your guideline for the profit-taking point.

And, of course, one should not ignore the presence of such important landmarks as psychological price levels, which can also become a place for taking profit, and a price mark, above which the price will not go, at least without making a correction to the support level, in place. which was previously the maximum point of the market. As you can see, in order not to miss out on profits, you just need to master the basics of technical analysis of financial markets, which will allow you to choose the right benchmarks and calculate the deal for maximum efficiency of your investments.